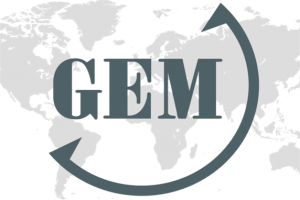 The Global Entrepreneurship Monitor is the largest single study of entrepreneurial activity in the world.

Entrepreneurship is an essential driver of societal health and wealth. It is also a formidable engine of economic growth. It promotes the essential innovation required not only to exploit new opportunities, promote productivity, and create employment, but to also address some of society’s greatest challenges.  Governments and other stakeholders will increasingly need hard, robust and credible data to make key decisions that stimulate sustainable forms of entrepreneurship and promote healthy entrepreneurial ecosystems worldwide. During its 22 years of existence, Global Entrepreneurship Monitor (GEM) has repeatedly contributed to such efforts. For example, following the great recession of 2008, GEM’s research provided policymakers with valuable insights on how to best foster entrepreneurship to propel growth and prosperity once again.

GEM’s primary focus is on the study of three areas:

We are pleased to have NatWest sponsor the GEM UK project.  As the UK’s biggest supporter of small businesses, they understand the important role that start-ups, scale-ups and high-growth businesses play in a strong and prosperous UK economy. Participation in the GEM Global project by the UK consortium was made possible by funding from the Department for Business, Energy and Industrial Strategy (BEIS) Business Innovation Directorate, Hunter Centre for Entrepreneurship at the University of Strathclyde, the Welsh Government, Department for the Economy (NI) and NatWest.

Press Releases
GEM in the press

Global Reports and further publications can be found on the GEM Website.