The analysis of job creation and destruction in the private sector in the 12 months to March 2015 by the Enterprise Research Centre (ERC) was compiled from official data provided by the Office for National Statistics (ONS), based on the business register.

Employer enterprises – those with at least one employee, including all businesses from start-ups through to large multinationals – created or added a total of 2.52 million jobs. This was offset by enterprises contracting or going out of business altogether, which saw 1.83 million jobs lost, giving a net job creation figure of 695,500.

Of the new jobs added, 1.5 million were created by existing companies expanding. In addition, a record number of start-up firms added a further 1 million. This took the total number of private sector employees to a record 20.3 million.

The total number of employer enterprises across the UK rose to just under 1.8 million, also a record. These firms account for approximately one third of all businesses in the UK, the remaining two-thirds (3.6 million) including the self-employed, partnerships and enterprises with zero employees.

Professor Mark Hart, Deputy Director of the Enterprise Research Centre whose team conducted the analysis, said that while the employment growth figures were to be welcomed, the UK still needed to do more to boost productivity, which has remained static and trailed other major OECD economies since the 2008 financial crisis.

“Existing businesses and new start-ups appear to be taking advantage of the opportunities that have arisen in the wake of the 2008 recession, leading to record levels of job creation. However, the sheer numbers of growing firms and jobs created is only one part of the equation.“As a country, we still fare poorly on productivity and that’s partly because we’re not doing well enough at encouraging our SMEs to grow through innovation and exporting – the two factors that research shows have the biggest influence on growth and productivity.”

A recent report, Unlocking UK Productivity, co-authored by ERC, Goldman Sachs and the British Business Bank, found that the UK’s continuing ‘productivity puzzle’ was in part due to its failure to nurture ambitious small to medium sized enterprises (SMEs) effectively to become exporters of new products and services.

British productivity has stagnated since 2008 as leading competitors have continued to grow, leading to a 6% overall productivity gap between the UK and other G8 economies. 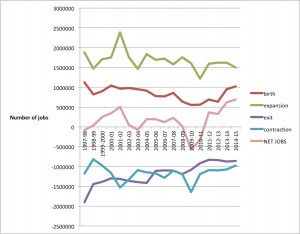 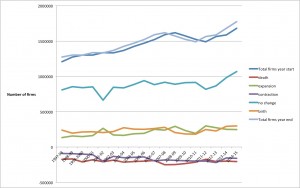 Covid-19: How can SMEs innovate their way out of the crisis?

END_OF_DOCUMENT_TOKEN_TO_BE_REPLACED

Post-Doctoral Research Fellowship vacancies with the ERC
Scroll to top