ONS figures published this week suggest that the UK spent 1.67 per cent of GDP on R&D in 2016 ranking the UK 11th in the EU. These latest figures put the UK well adrift of the ambitious target of 2.4 per cent R&D spending spelt out in the Industrial Strategy. So, is the 2.4 per cent target achievable? What does the experience of other countries which have set similar targets suggest? Here we focus on Austria which has had challenging R&D targets since 2011 and which has now nearly achieved them.

The first question is whether the UK’s 2.4 per cent R&D target seems achievable? History suggests not, with levels of total R&D spend and spending by businesses in the UK stubbornly static for the last decade (Figure 1). International experience suggests a rather different view, however, with recent experience in Austria suggesting a more hopeful outlook.

Here, we need to consider a bit of history. It is 2010, and the EU’s Lisbon Process has failed to meet its key EU target that R&D spend would reach 3.0 per cent of GDP. A new Austrian government is looking for eye-catching promises and announces a strategy to establish Austria as one of Europe’s ‘Innovation Leaders’ by 2020. Central to this vision is a target of increasing R&D spend from 2.76 per cent of GDP in 2011 by one percent to reach 3.76 per cent by 2020. At the same time the aim was to maintain or increase the business share of national R&D spend from 66 towards 70 per cent.

3.76 per cent was a tough target but as Figure 1 suggests the Austrians have been able to increase R&D spend sharply in recent years and were nearly at their target in 2016. So, it may not be easy but it’s certainly possible to set challenging R&D targets and achieve them. 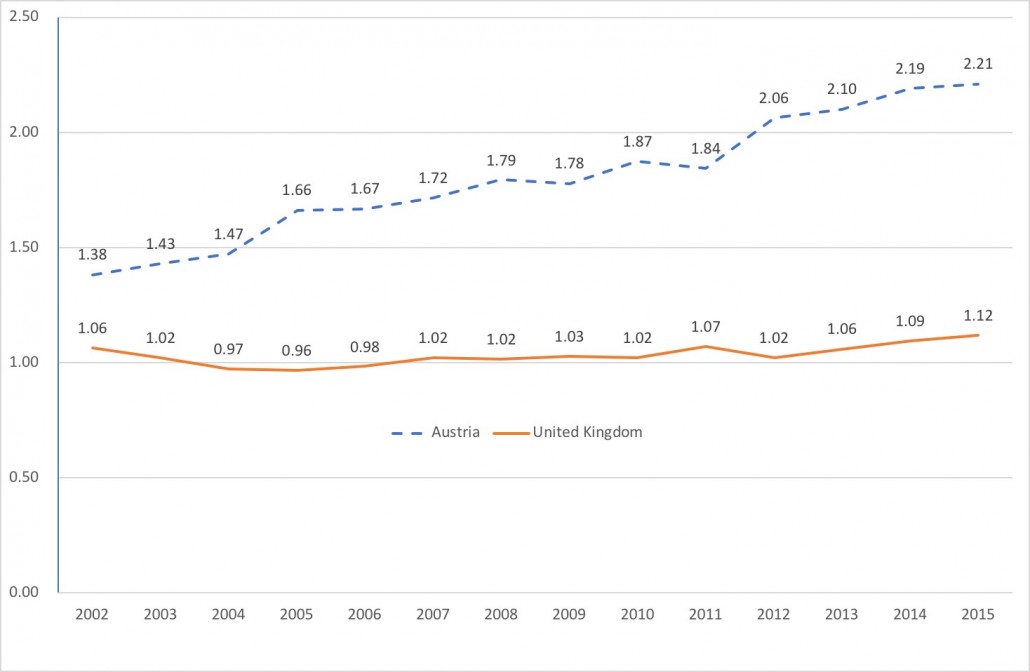 The case of Austria is instructive in at least two areas. First, the Austrian target covered both the inputs to R&D and the potential outcomes. R&D spending of 3.76 per cent of GDP was, it was hoped, enable Austria to be an EU ‘Innovation Leader’. Whether Austria will achieve this is not yet clear but the objective is there. Any outcome aspiration in the UK has yet to be developed.

Secondly, to achieve its R&D expenditure target Austria has focused on providing high levels of support to lever additional business R&D spend rather than boosting investment in more basic research in universities (Figure 3). There is both a strategic and a public finance aspect to this. Strategically, this focuses resources on supporting firms, the source of most innovation. Financially this reflects the much greater leverage (input additionality) that public investment in R&D can achieve by providing support to firms rather than directly investing in university R&D. 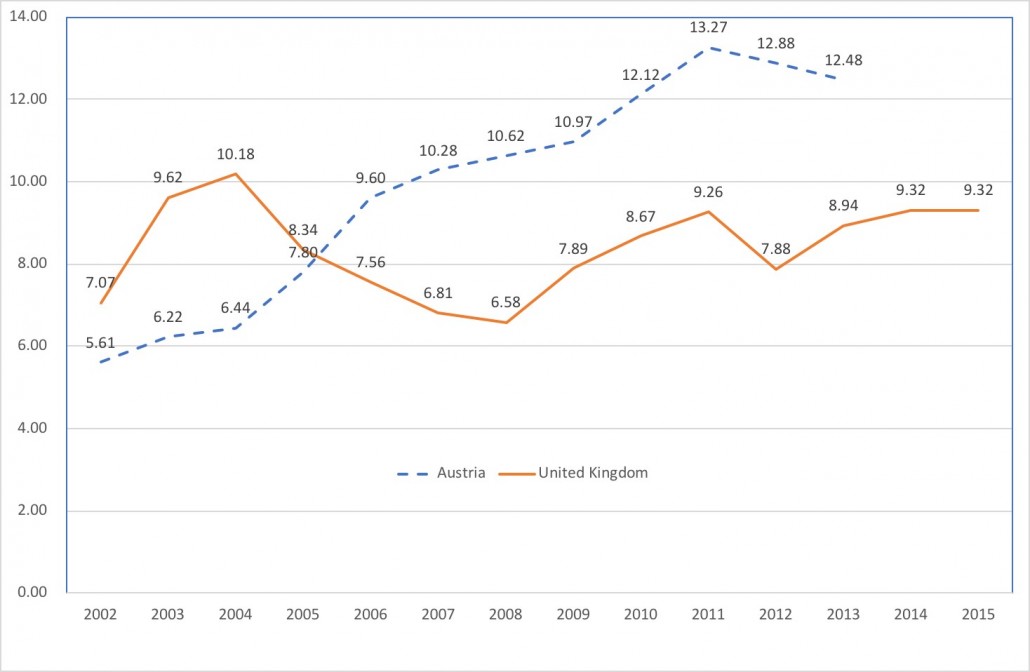 Where does this all leave the UK and our 2.4% R&D target? Well, the Austrian example suggests the target is achievable. However, achieving it may require us to significantly increase the public contribution to each £ of private R&D spending, and see a shift in the balance of UK public R&D support towards backing industrial rather than academic research. Both will require some difficult decisions as plans develop for the allocation of resources from the Industrial Strategy Challenge Fund and the UK moves into the post-Brexit era.

Please note that the  views expressed in this blog belong to the individual blogger and do not represent the official view of the Enterprise Research Centre, its Funders or Advisory Group.